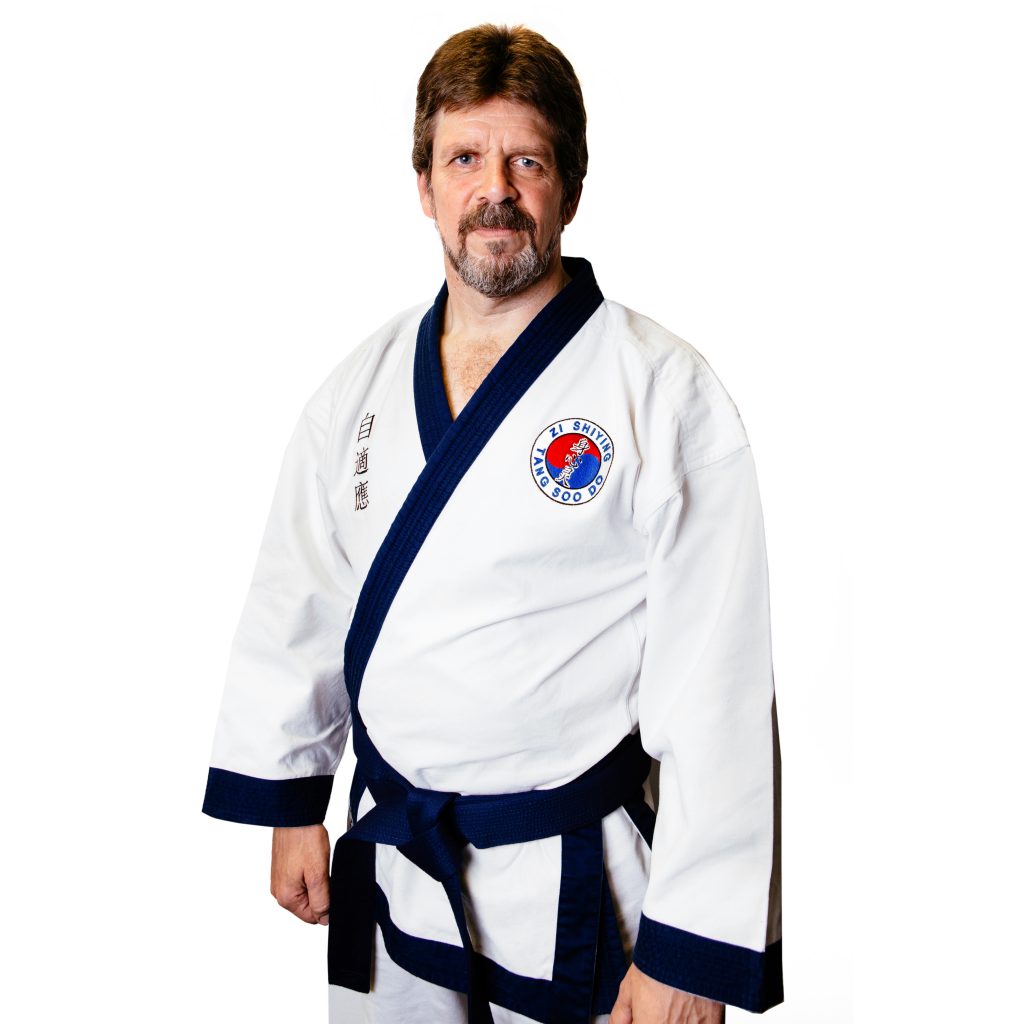 I started my Tang Soo Do training in the year 2000 when myself and my son Tom enrolled at the Coulby Newham class (Moo Duk Kwan) . We wanted to learn an effective self defence system but were looking for a class where we could train together and one that encompassed the philosophy and control of a traditional martial art. Other classes (other martial arts) generally split the adults from the juniors for training and teaching, Tang Soo Do did not do this, there were however additional classes and seminars for adults and senior students who wished to learn the more practical applications of the art.

I have always liked this aspect of our training, and also the way in which we were taught, instructors were both patient and knowledgeable and worked with the students rather than just barking out orders. I gained my first Dan grade in 2005 and began focusing on the self defence aspect of TSD more closely, by this time we had been practicing the martial applications of the pyung ahn forms on a regular basis and it was now a major part of our syllabus.

As a Midnight Blue belt student we were encouraged to investigate and develop our own interpretations of the accepted self defence applications. We were also encouraged to try other martial arts, any system or technique that worked could be (and was) added to our own personal library of defence.

When (as a club) we left the TSD International Federation and became an independent organisation we could develop the personal defence system further, the Ho Sin Sul became our core principal, after all a martial art that does not work when you need it to is a little worrying.

Many new forms and techniques were added, and learned, applications devised and tested and the ones I could use were added to my own personal library. Many of the things I now use and teach would probably not even be recognised as Tang Soo Do techniques, but, they work for me and I can remember them when I need to.

I believe that for any system of self defence to be effective and useful then it must be tailored to the student. Whether it be because of age or physical ability not everyone can successfully perform all of the techniques that are taught. Even if they could do a technique it may be too slow or perhaps not as accurate or precise as it should be, essentially making it ineffective. In traditional martial arts teaching the student is drilled in the technique until proficient, or until they have reached a level where they can move on to the next ‘belt’.

My goal is to adapt our self defence applications to each student, whilst all students follow the same syllabus the self defence training must be tailored to the individual and it must work for them, in any situation.

Zi Shi Ying – Tang Soo Do encompasses all of the guiding principles of traditional (Moo Duk Kwan) Tang Soo Do but brings it right up to date for today’s lifestyles and dangers.

I am committed to the clubs anti –bullying campaign in schools and to the further development of our own self defence teaching, danger assessment, awareness, conflict avoidance and the implications of conflict (or violence). If possible conflict should be avoided; if it cannot be avoided then we should act within moral and legal guidelines.

My wish is that every student, regardless of sex, age, or physical condition be able to defend themselves (and their families) from harm.

This is of course just the start of ‘self-defence’, the emotional and psychological aspects of conflict must also be considered. Respect and self-control as well as an appreciation of others are a major part of our long term training. These aspects really come into play when fighting in competition or sparring in class, and are characteristics that will benefit and improve any person who embraces them.

Many thanks for reading and i hope you enjoy the rest of our web site.